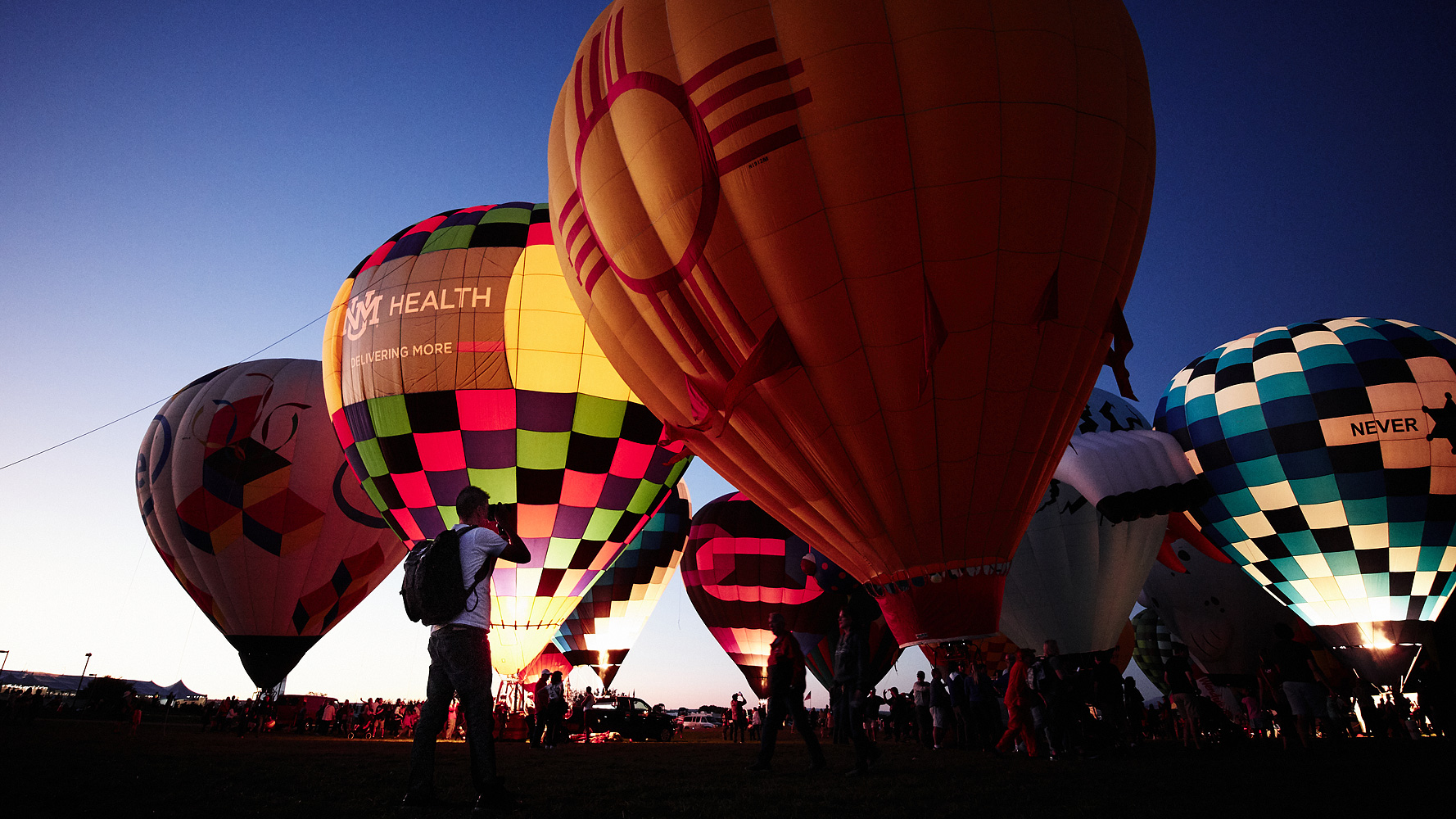 It’s an unlikely choice, especially for me — someone who has been on the look out for the perfect, clean, minimalistic one-bag for the last 10 years. But the Mission Workshop Arkiv Field Pack is making a really good case.

On first blanche, I was not into the Field Pack with it’s almost infinite configurations. Modular backpacks just weren’t appealing to me. Even on the GoRuck GR1, attaching pouches to the exterior via the molle system seem like a gross afterthought, the final profile looking more like a tumorous wart.

But like life, just because the options are there, doesn’t mean you have to use them all. And often times, you’ll be happier for it. 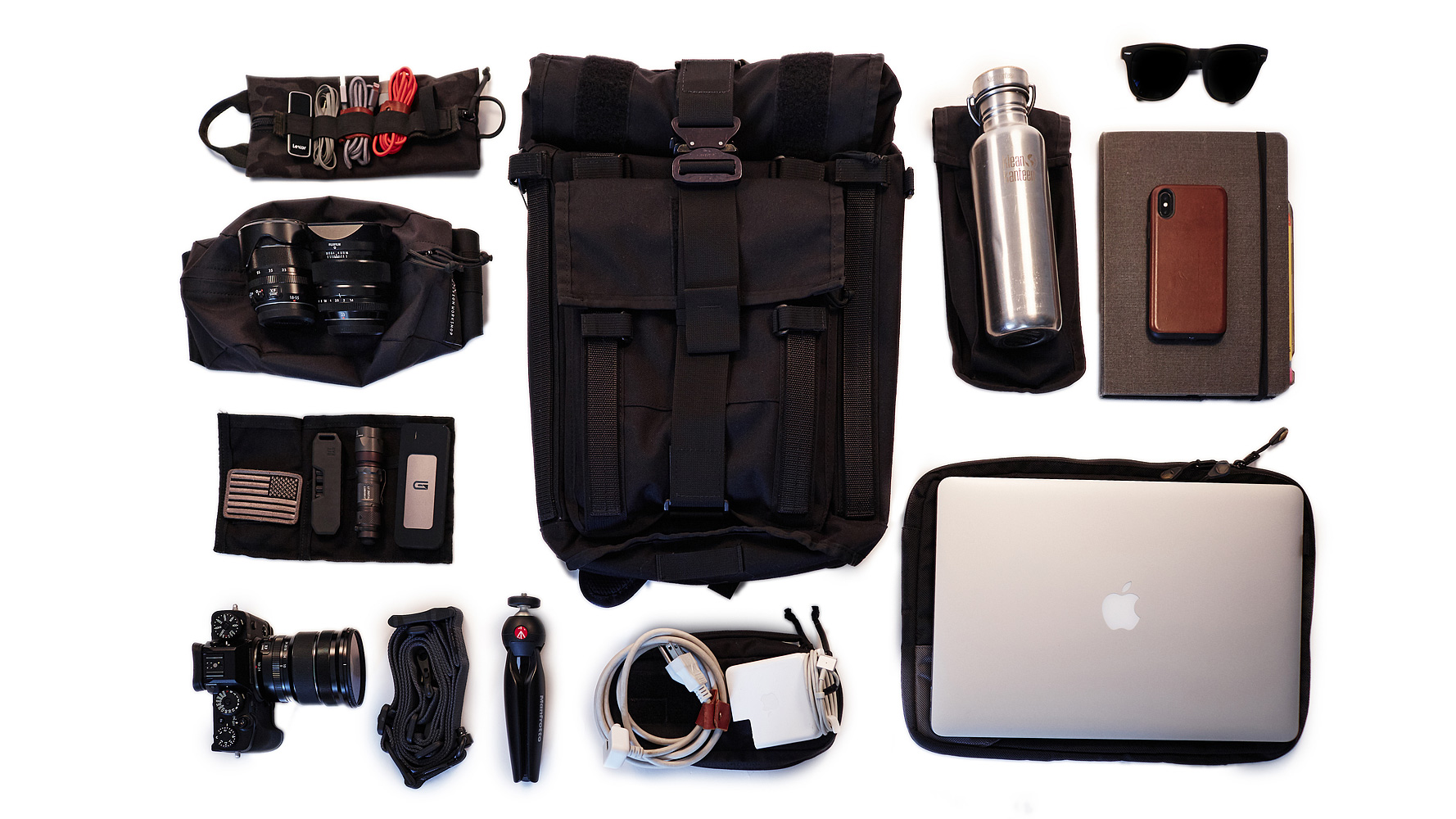 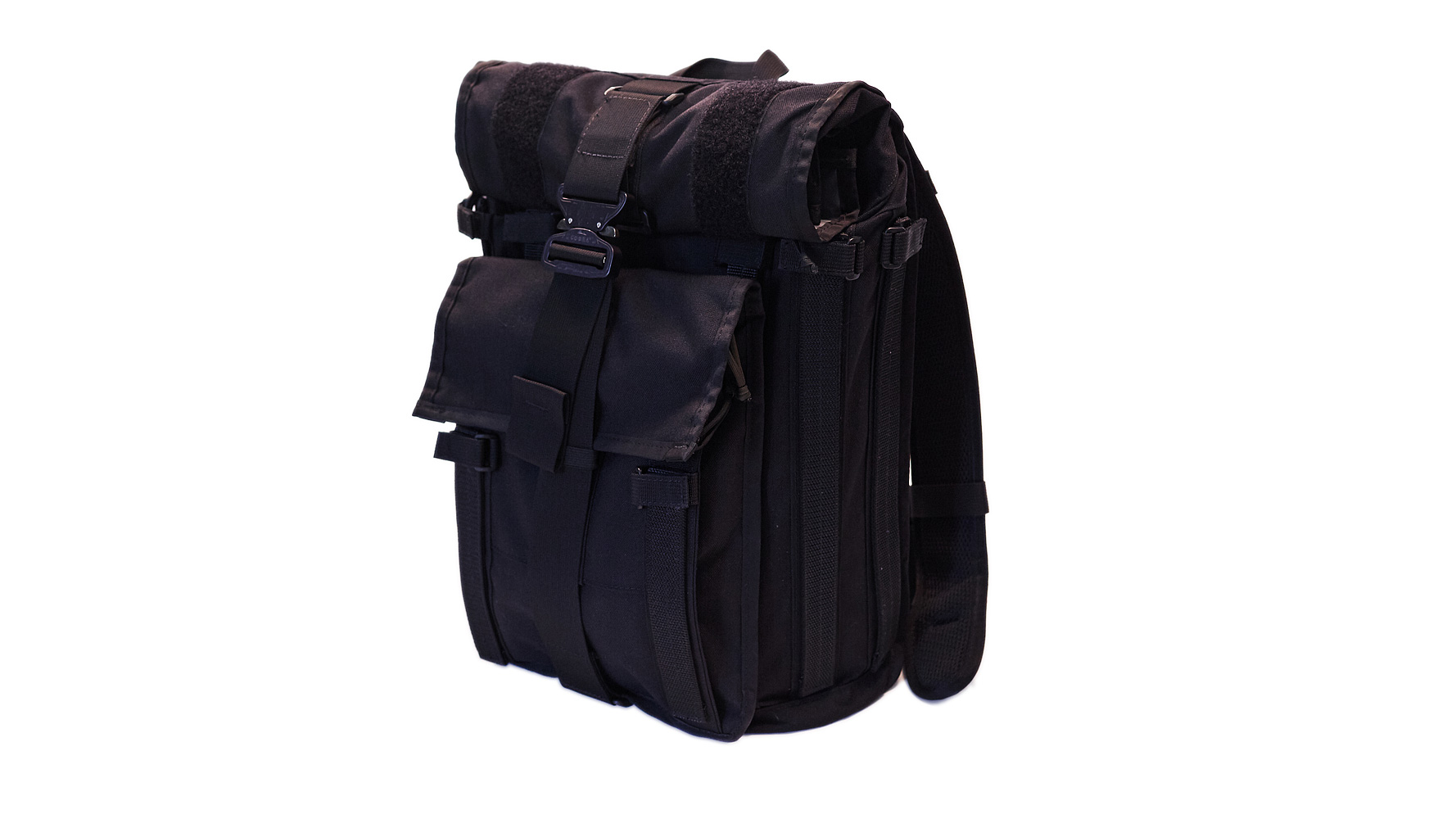 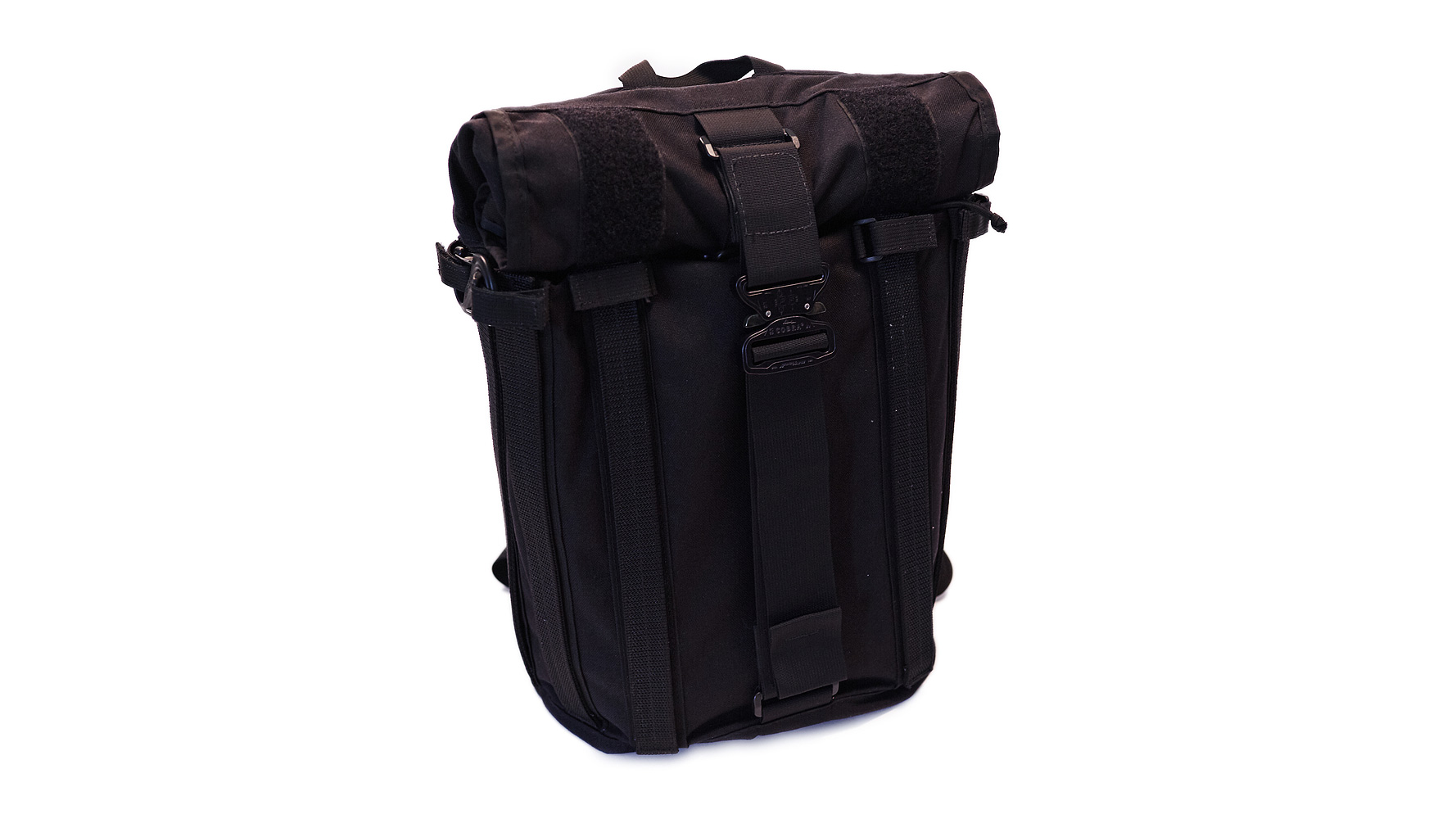 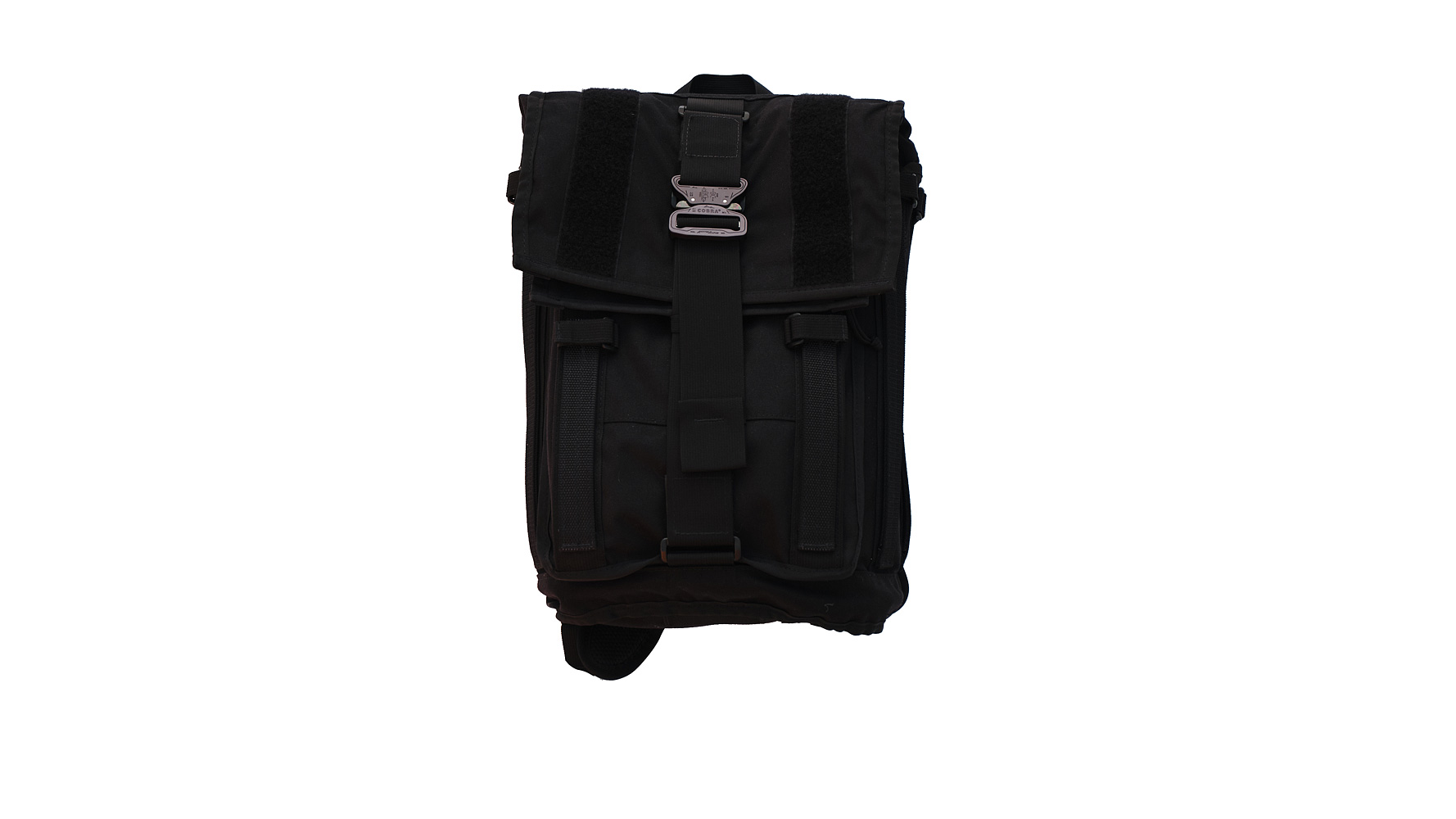 Mission Workshop guarantees their bags for life. That’s pretty cool. And the internet is filled with success stories. After I bought an Axis Sling Bag new from their site, I realized I really like the overall style of the brand. It’s minimal without being boring.

So, I ended up buying an entire Arkiv kit off the Mission Workshop sub-Reddit for a fraction of new.

One thing to note that’s slightly annoying, or cool, is that they have a ton of different fabrics that are dropped Hypebeast-style (limited and rarely). So just because it’s black, doesn’t mean it’s going to match. Luckily, because this was a kit, everything was in matching black 1000D Cordura.

The bag gives me the same bombproof fuzzies that the GoRuck GR1 did. The side pouches made the bag too wide so my standard configuration is just the Folio up front. And the roll top inside. 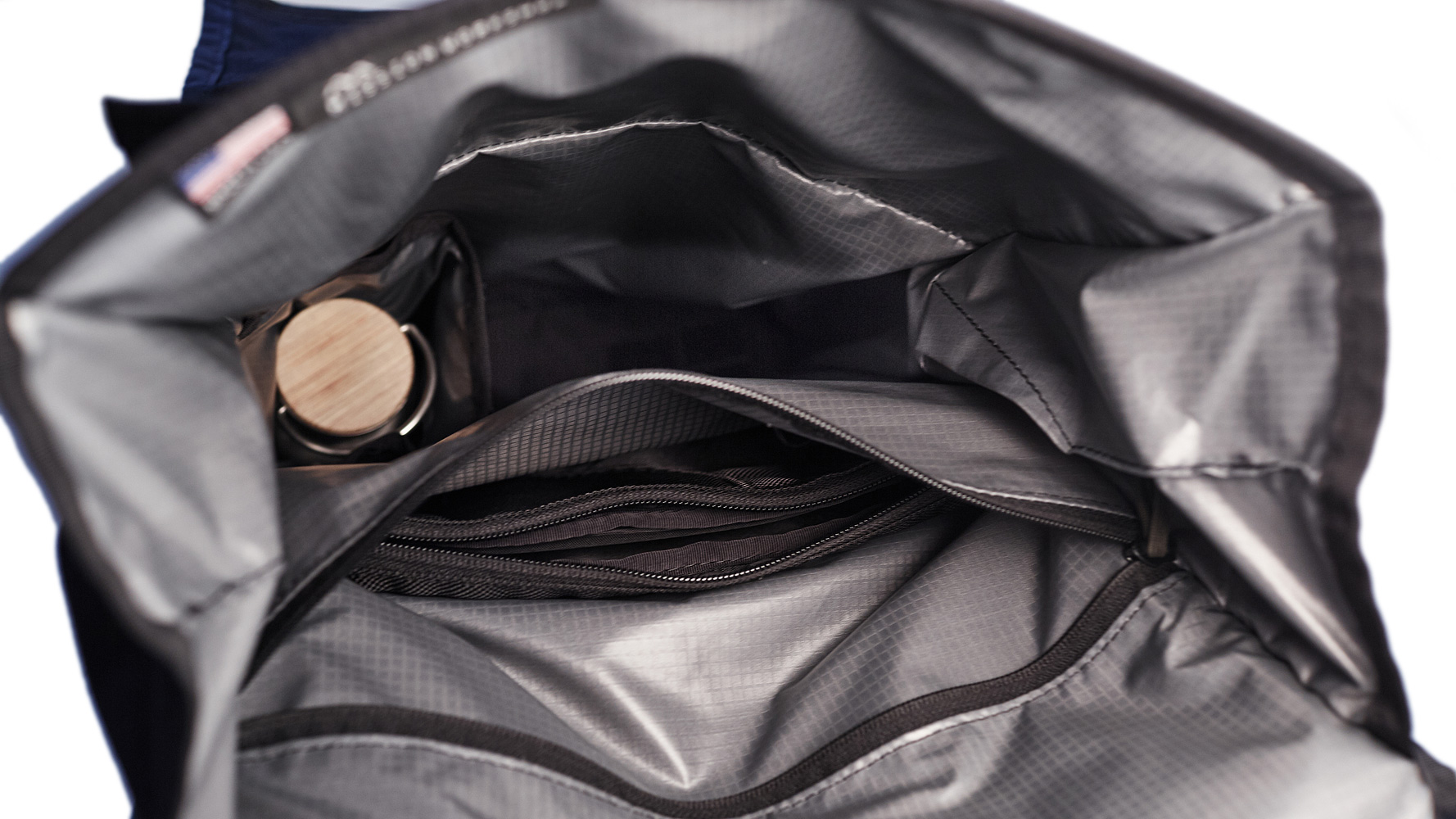 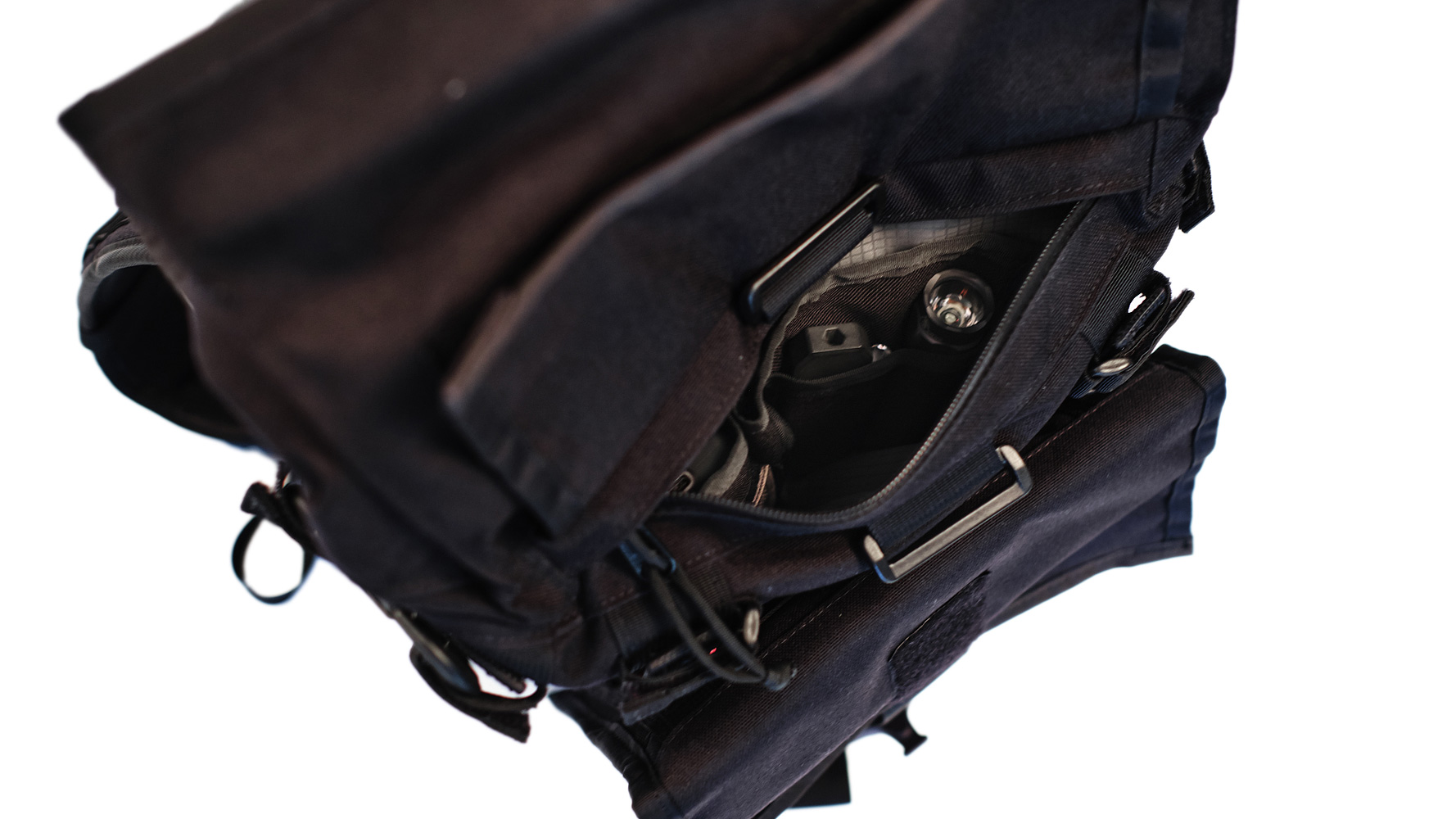 The Folio is surprisingly large. Able to swallow an iPad and even thick enough to put two Fuji lenses in. The biggest complaint is that the lining gets pulled out when you remove items. Easy solve: I cut it out. Probably wouldn’t have done that if I paid full retail but I paid $20. The second customization I did that made a huge difference was adding a strip of velcro halfway down the front pocket. That gave me a separate section for less accessed items while keeping other items higher up and easier to grab. Perfect for sunglasses, passport when traveling, etc. 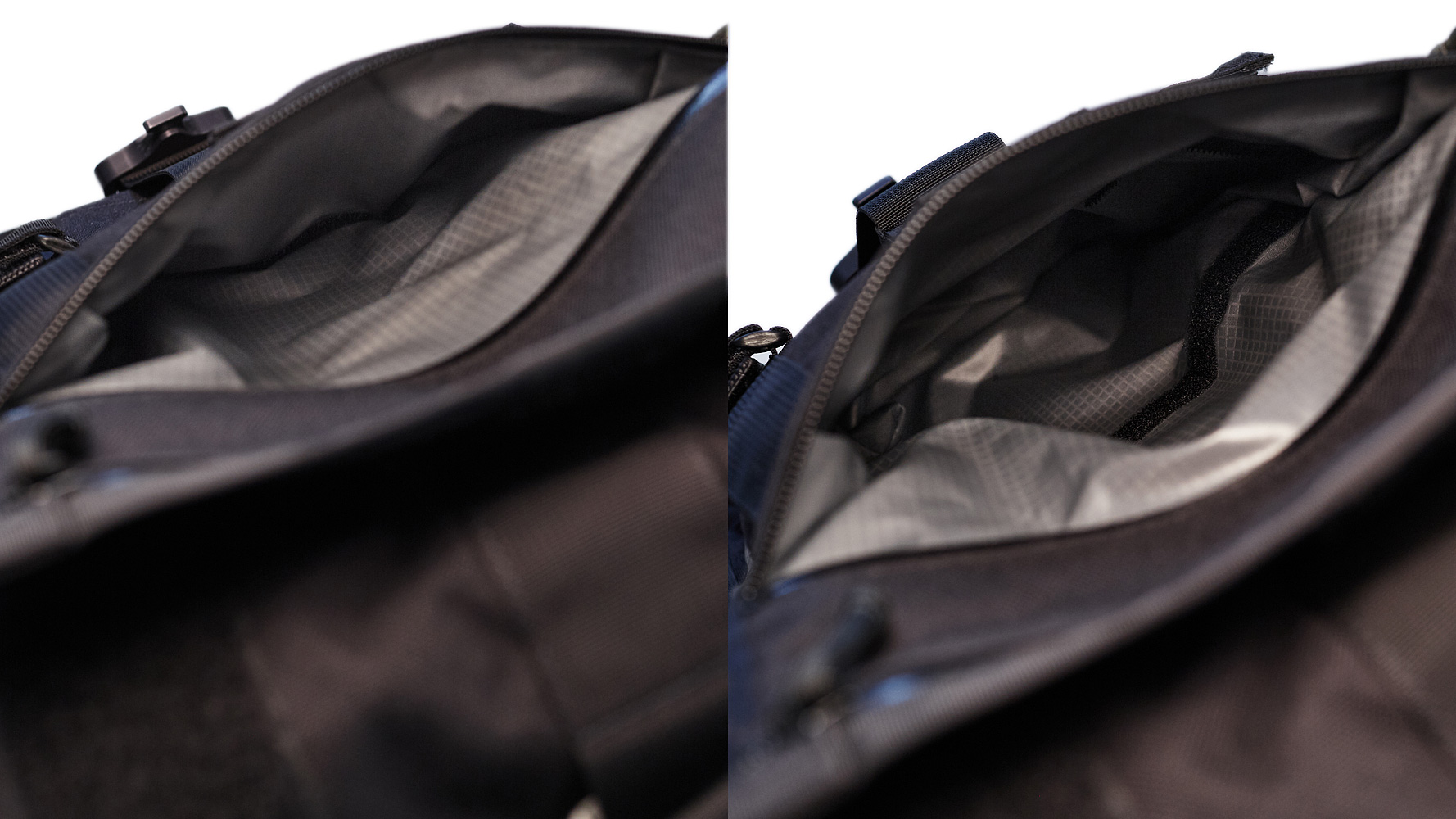 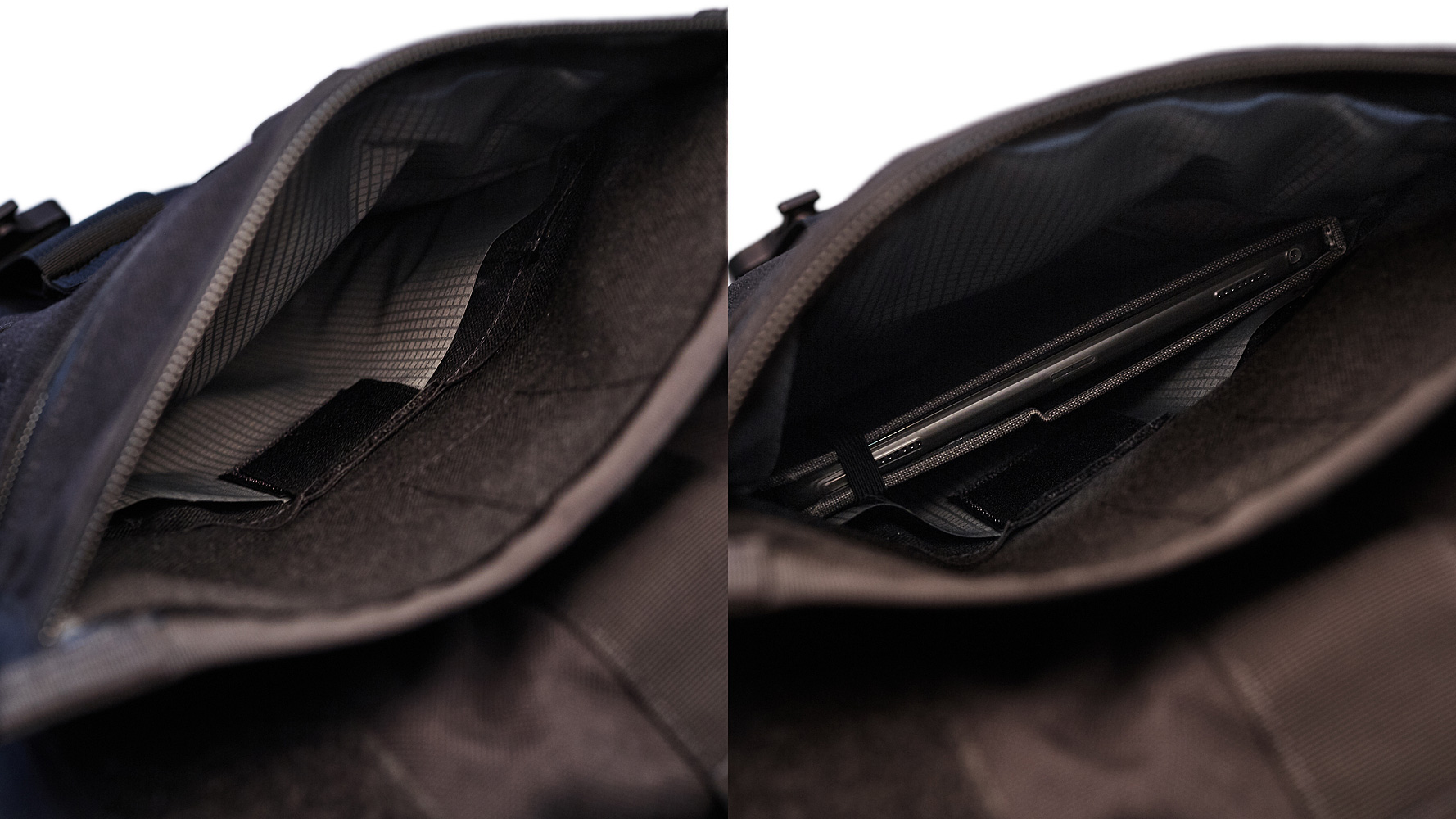 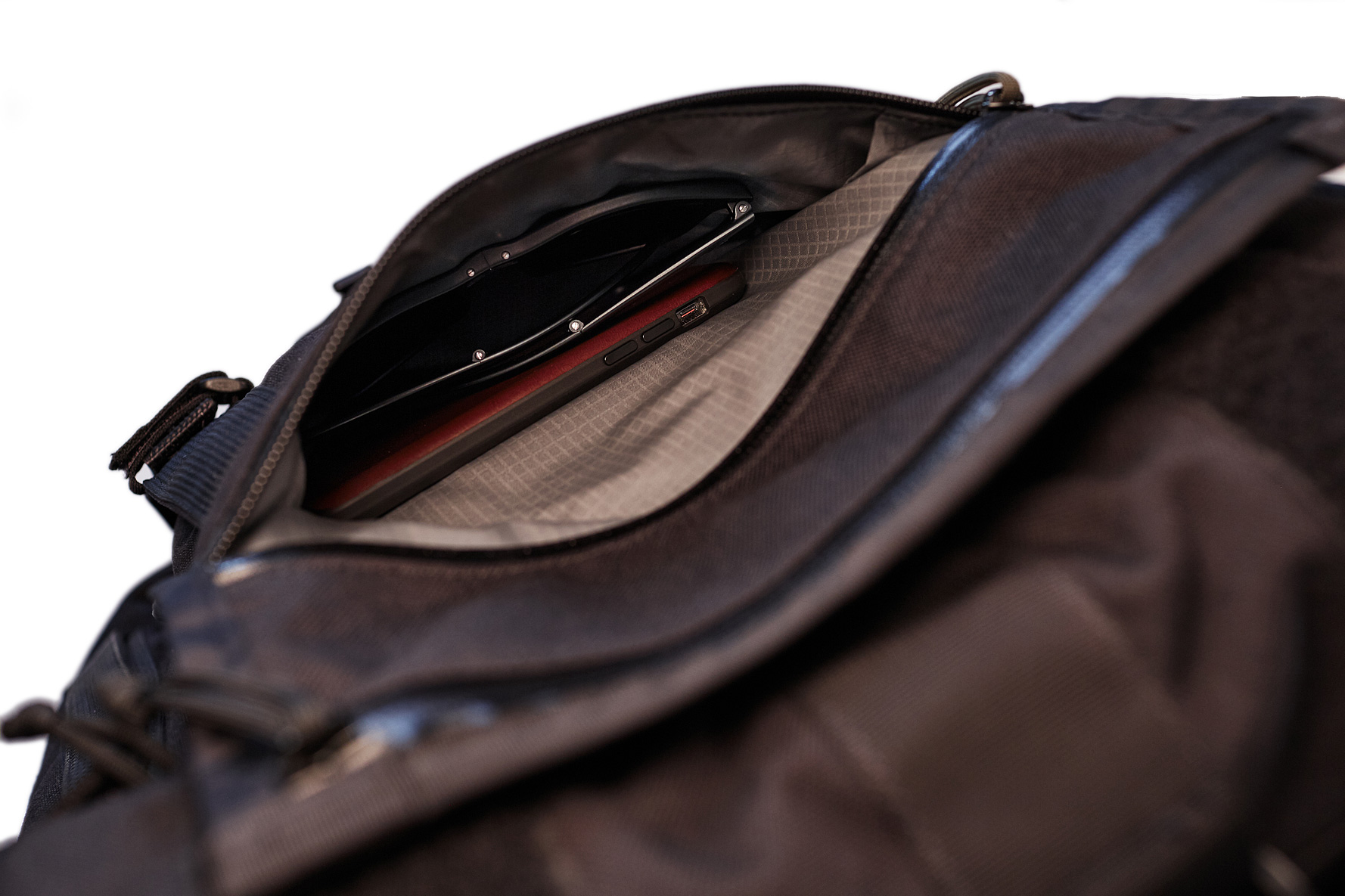 One thing I love about the bag are the super wide straps. They’re 1.5 inches. Great for weight distribution and more comfortable than even the GoRuck GR1 was. The bag also stands up on it’s own. 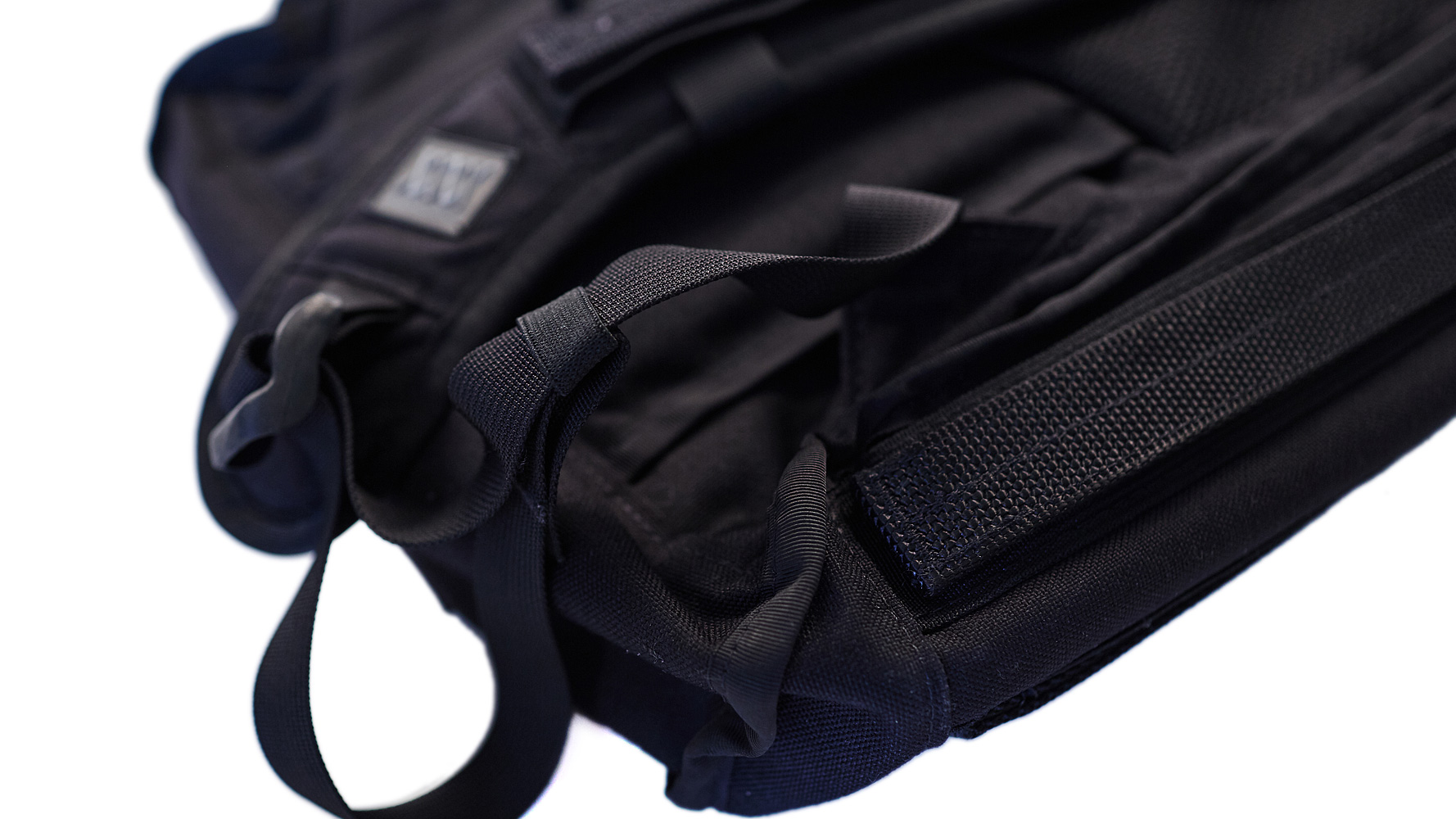 Also added a few elastic loops to the straps to keep it nice and clean. And removed the sternum strap. 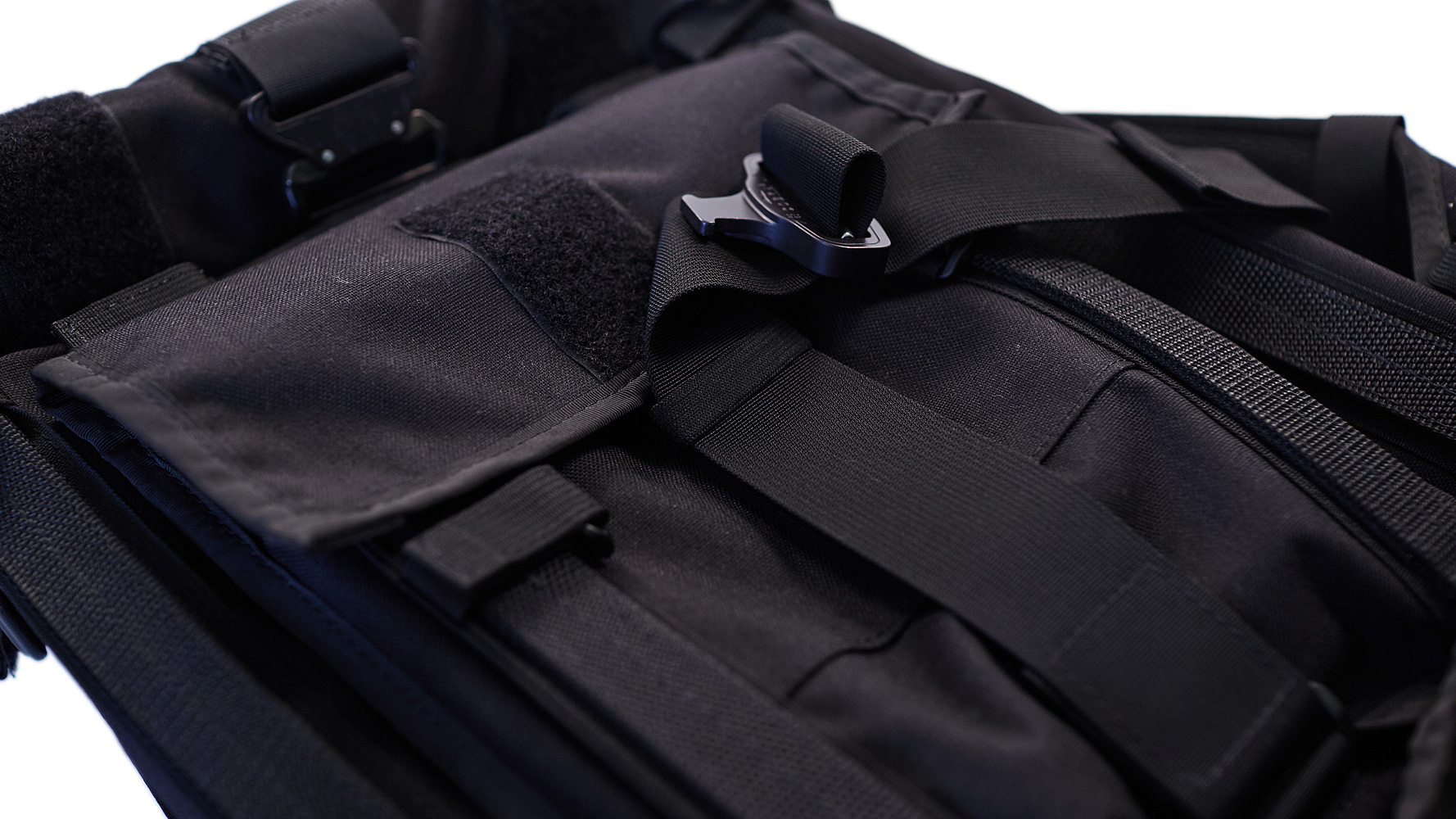 I added a little elastic loop into velcro tab of the Folio. This way the strap doesn’t fall to the ground after you unbuckle it. Mission Workshop has this on one of their other bags.

The biggest thing to adjust to was that the bag is a rolltop vs clamshell. Now, before you write that off immediately, I wasdie hard clamshell lover. I’ve now adapted and discovered I actually like the rolltop. Yes, it’s cavernous. Yes, it’s dark down there. But the solve is organization pouches, which I already love to use anyway. It’s all about the organization and I’ve found I like the added security and the ability to just dump things into the bag. It’s also simpler in design with the option to expand.

The second thing is the lack of a true laptop compartment. This was solved by placing a laptop sleeve in the back pocket. It works just fine but is absolutely not as convenient a designated compartment. I do like that my back doesn’t PUSH on the laptop though which, once in my GR1, compressed the keyboard into the screen leaving a nice little imprint.

So how do I use the bag? With the customized Folio, the bag has enough pockets and organization for office work. It’s durable and expandable enough to haul groceries. And traveling, I can load it up, remove the Folio and even Side Pouches when I get to the hotel and use it as a 20L daypack.

FOR ME, THIS HAS BECOME ULTIMATE ONE-BAG TO RULE THEM ALL. 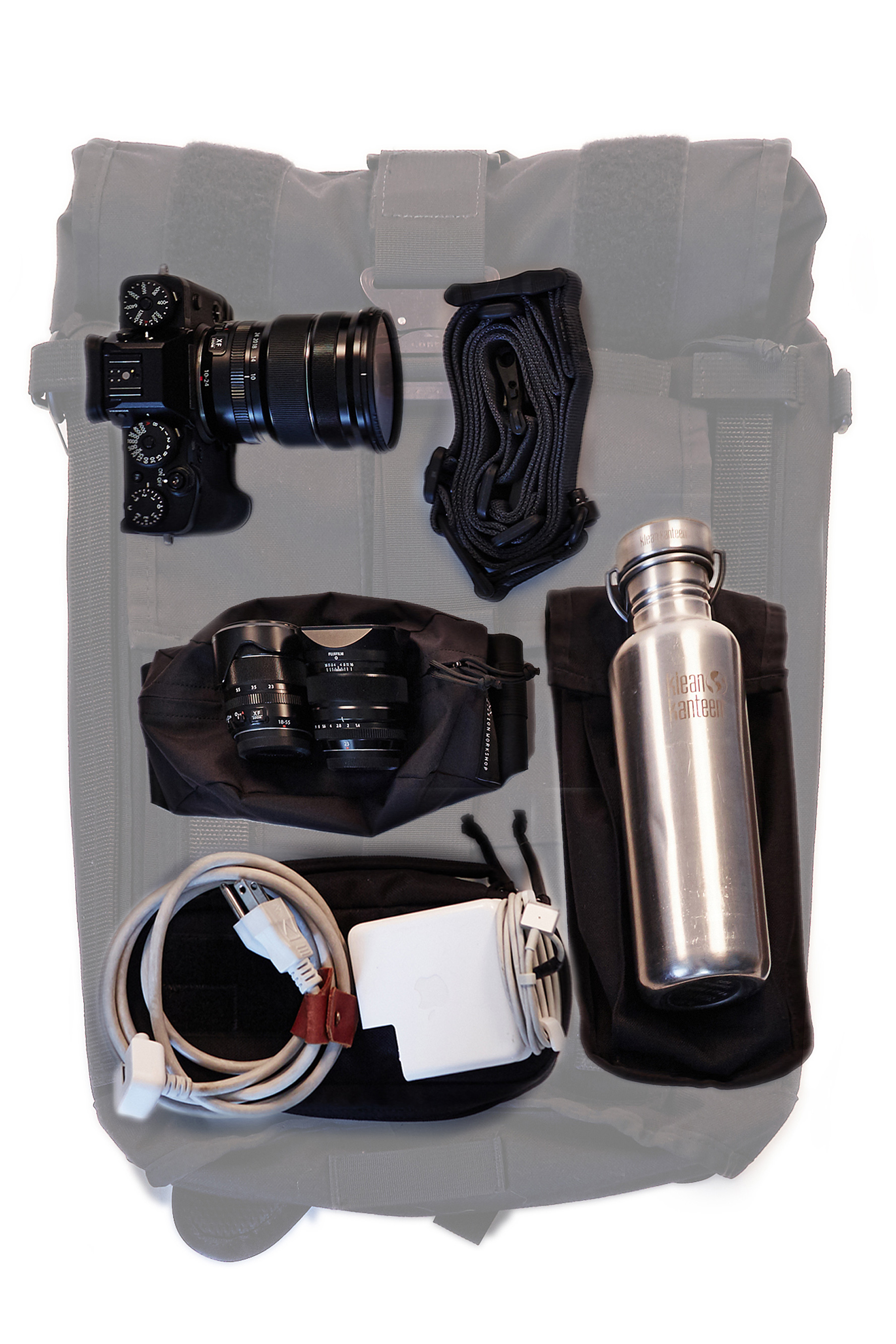 Comparison to the Evergoods CPL24. 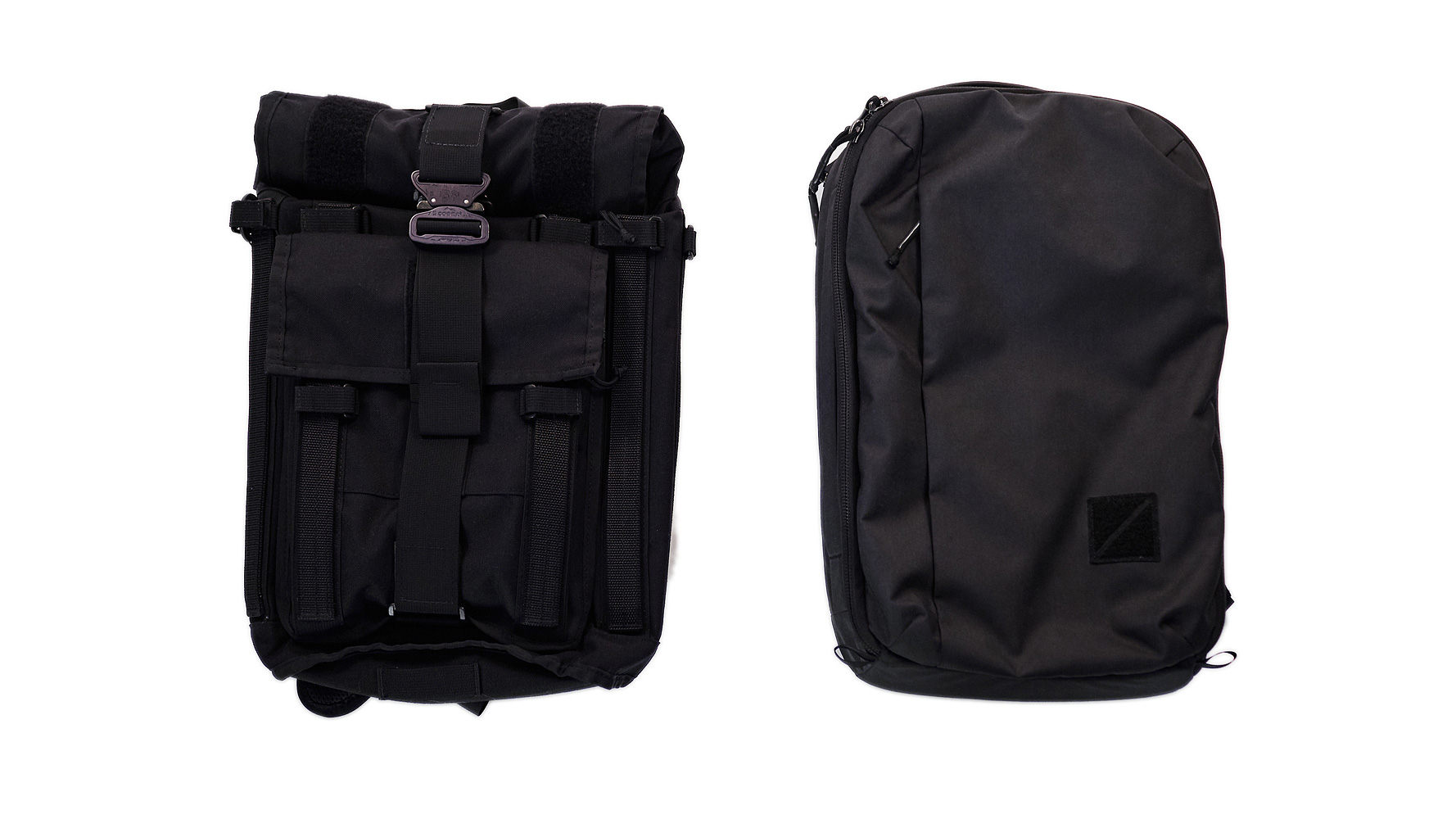 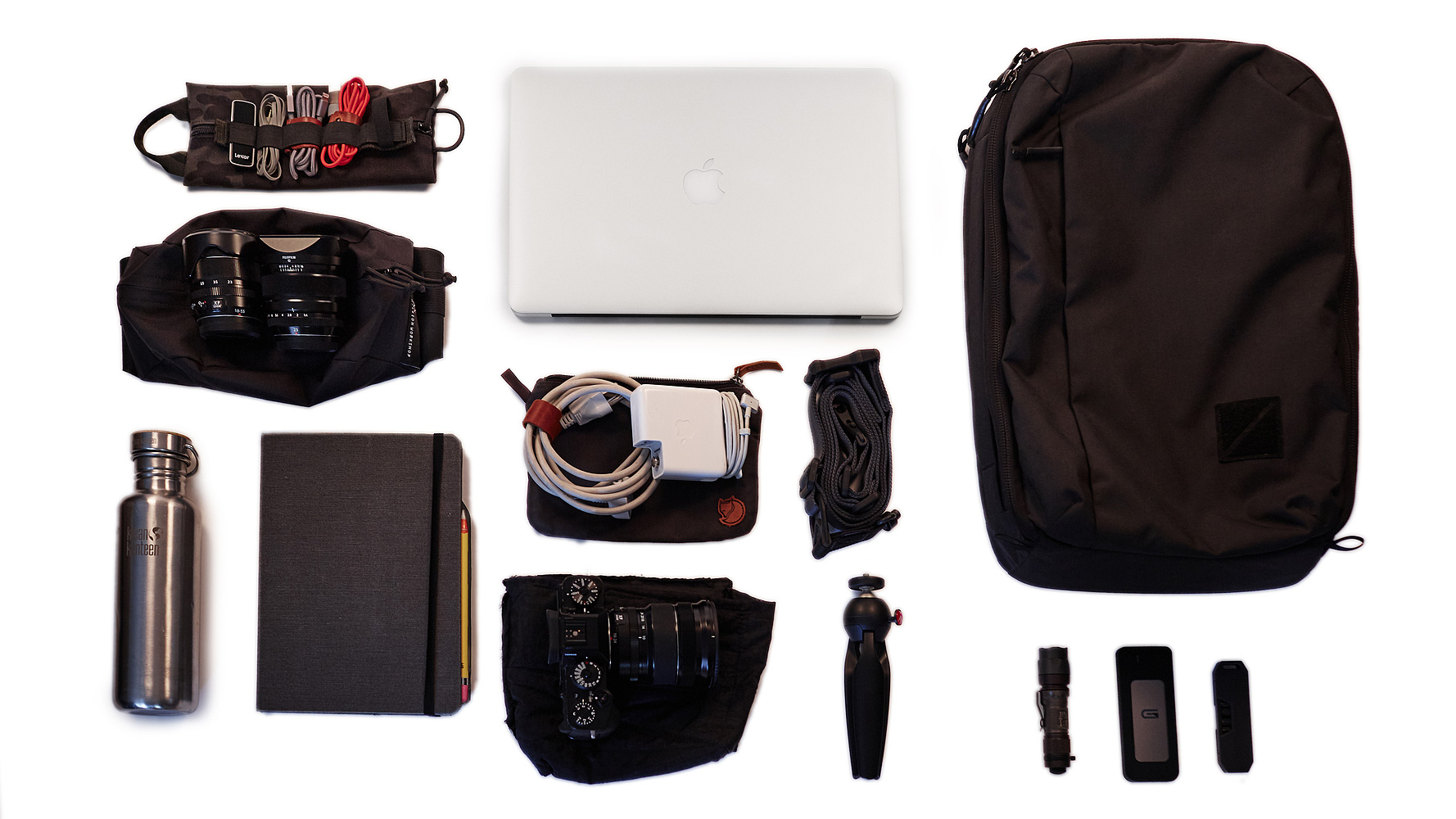 This is what I could fit into the CPL24. 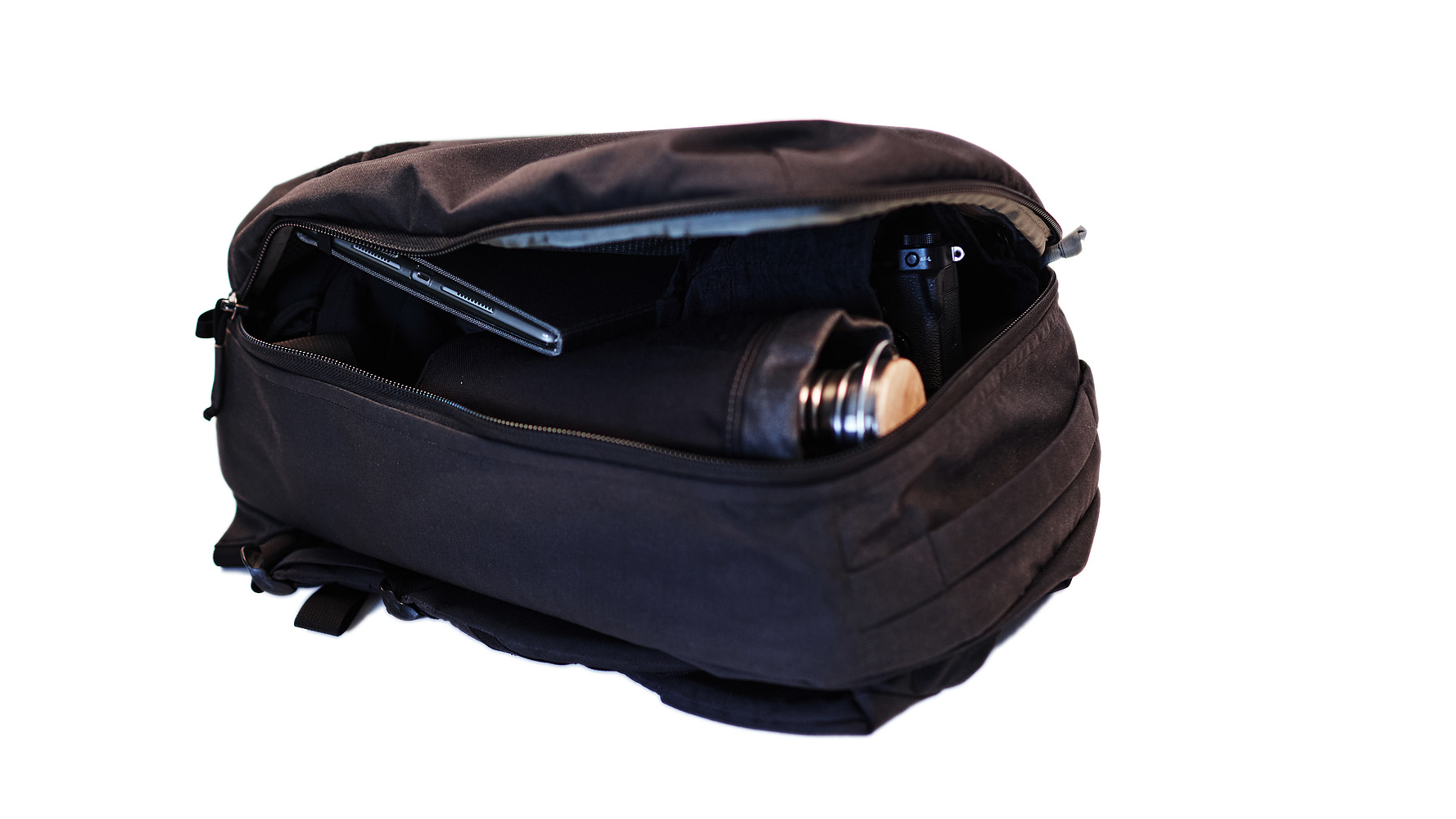 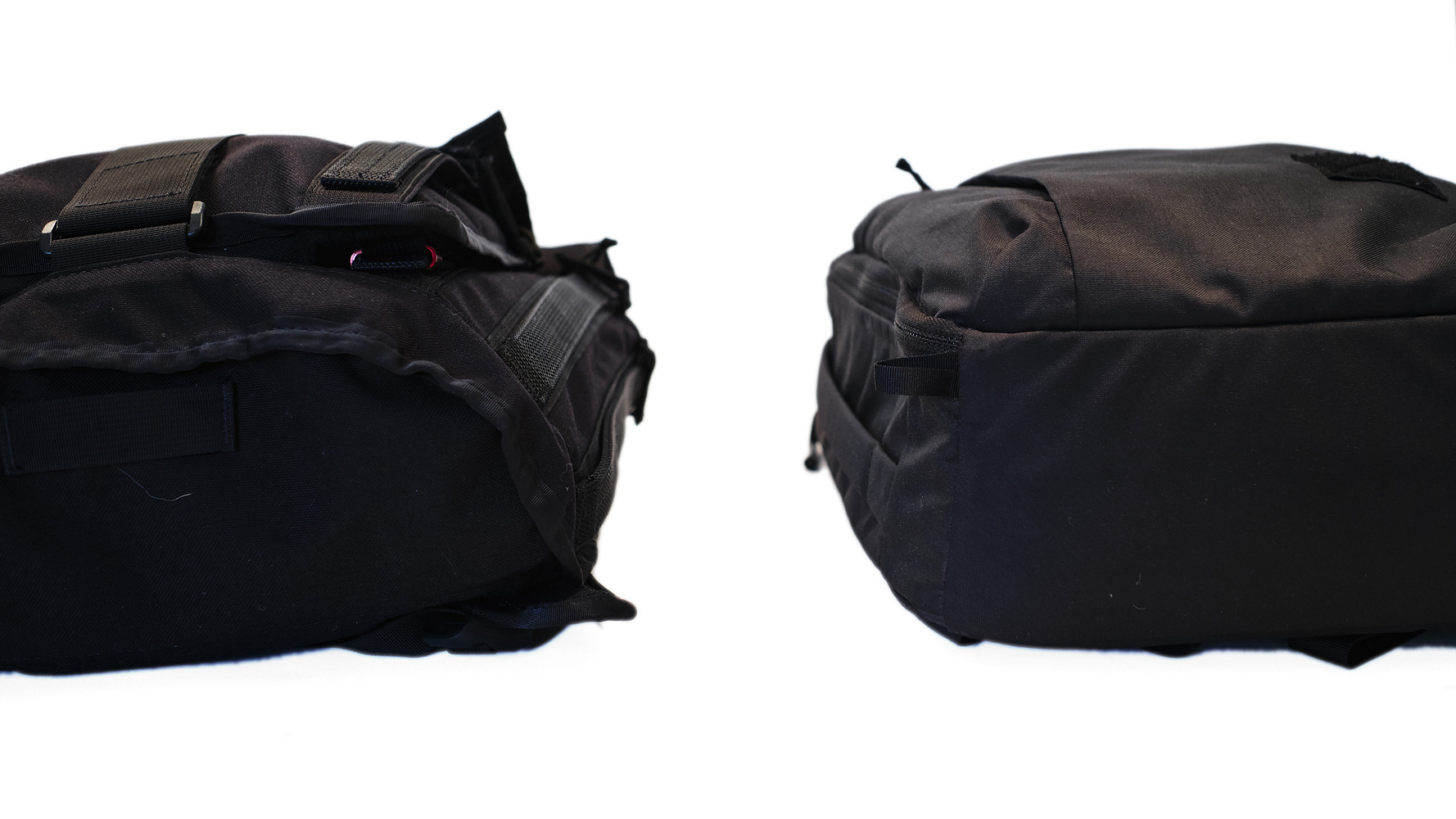 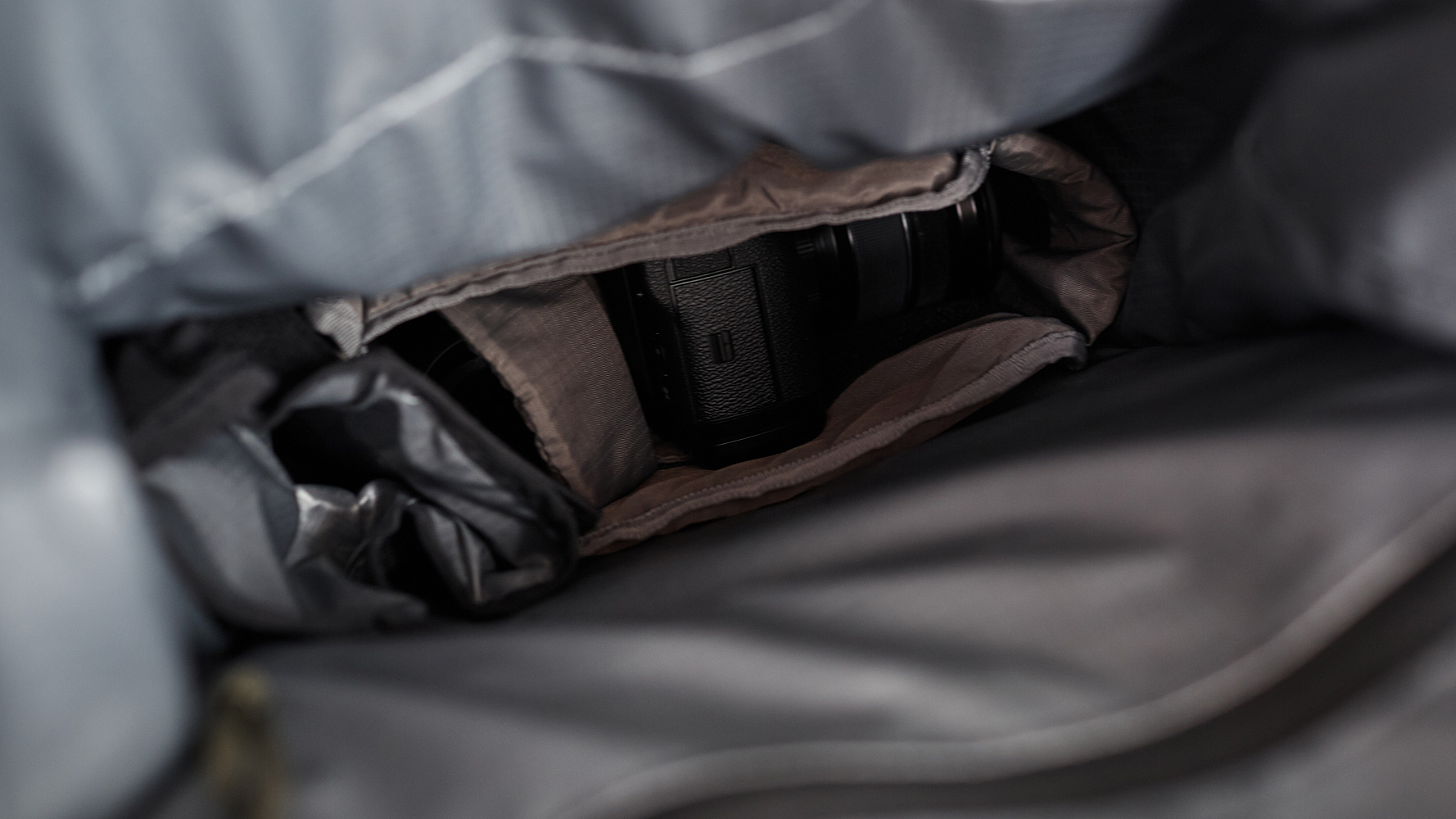 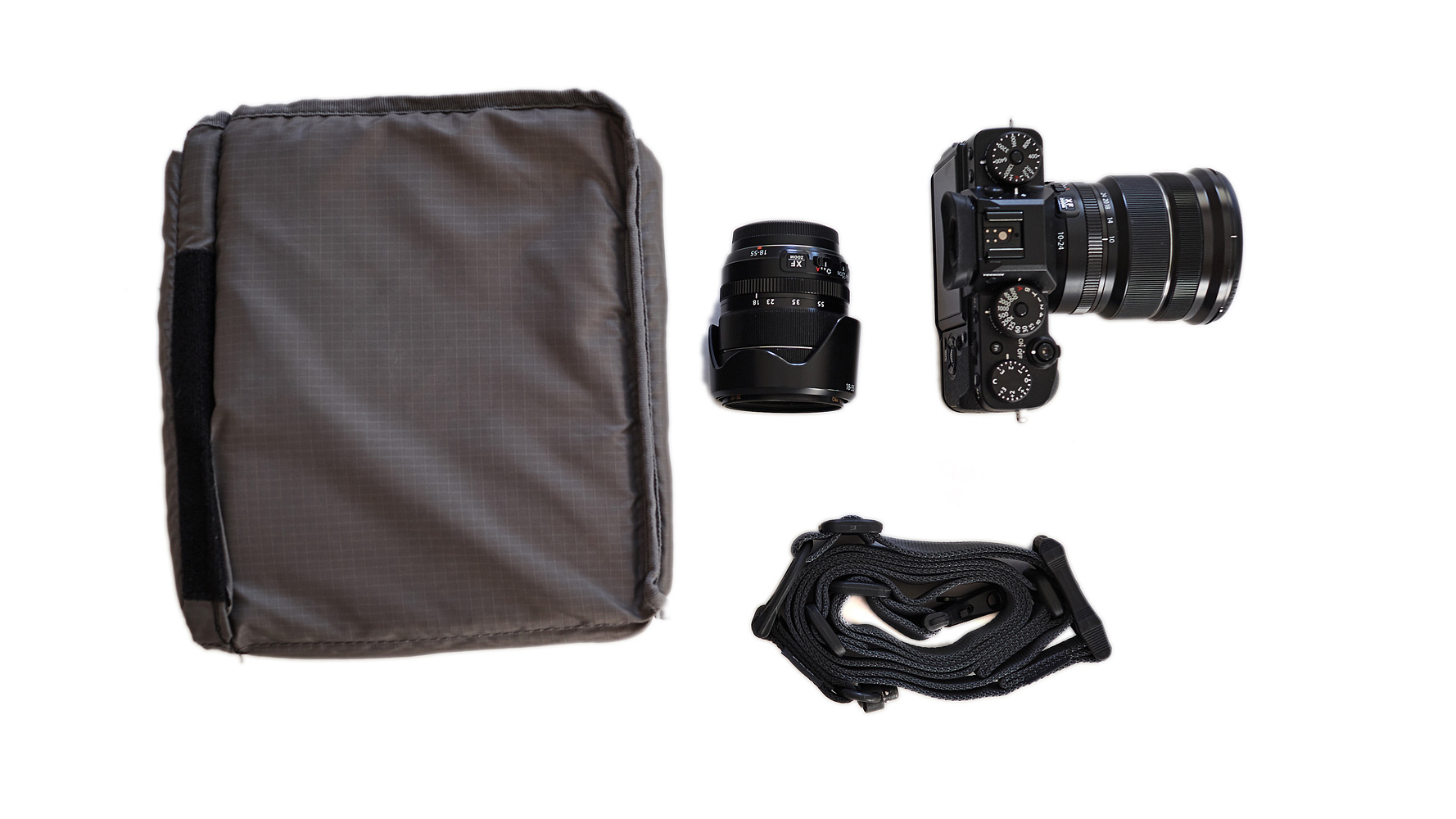 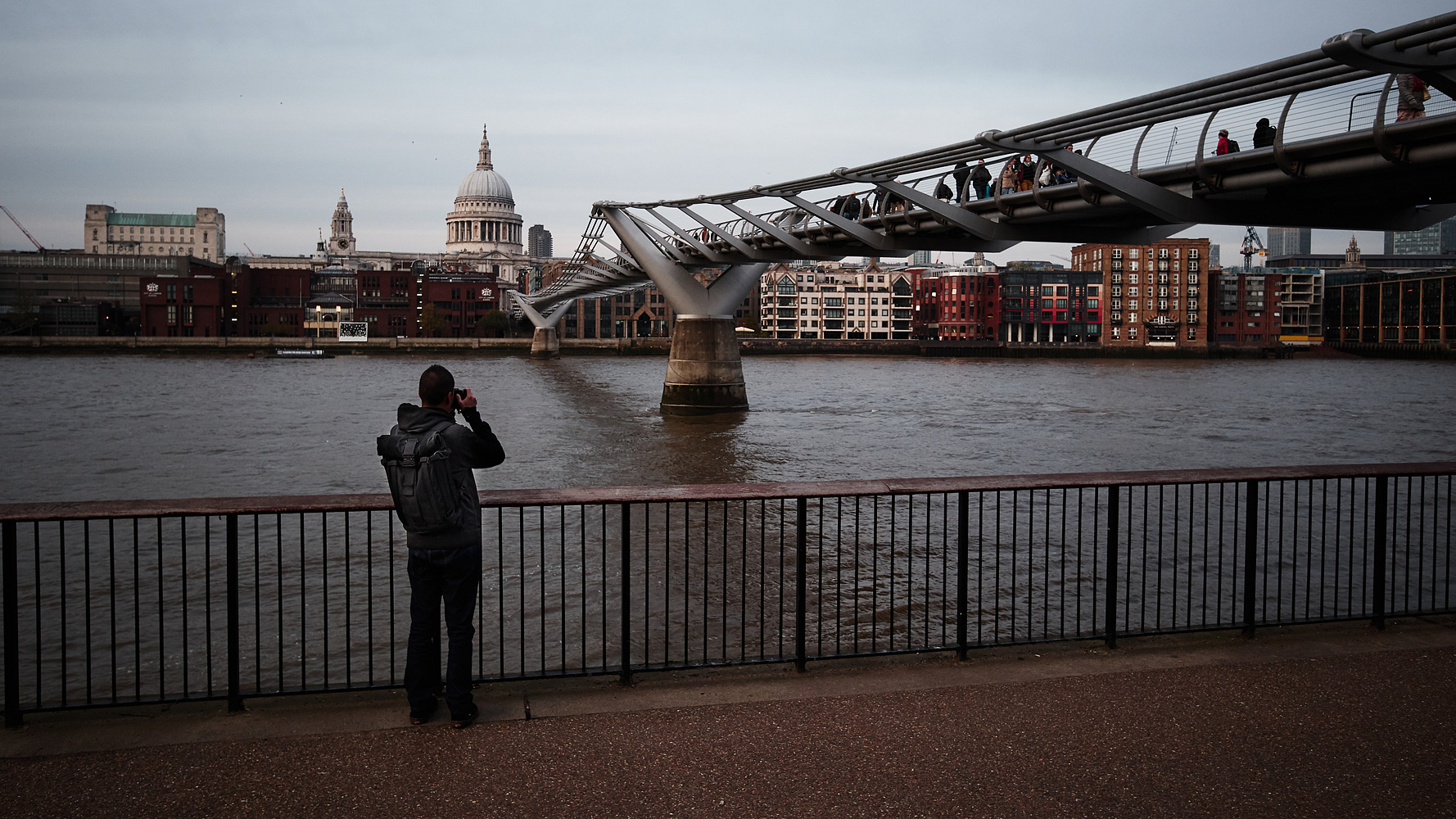